Thursday, January 13, is National Rubber Ducky Day! Students can participate in a rubber ducky scavenger by finding the rubber duckies hidden throughout the school. It will be a quack-tastic time!

Fun fact: National Rubber Ducky Day gets its date from Sesame Street, when Ernie said the toy’s birthday was on January 13. He loved the duck so much, and made sure it was always there as a bath time staple. His famous Rubber Duckie song became such a hit that it even reached number 16 on Billboard’s Hot 100 Singles chart in 1970 and was nominated for a Grammy for Best Recording for Children! 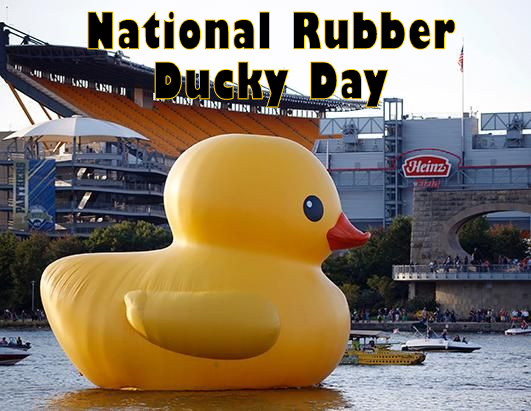